One of the biggest U.S. mobile operators AT&T continues its speedy LTE coverage expansion. The company wants to spend $14 billion on this project, and from now on AT&T LTE Orlando, Denver, Milwaukee list also includes such cities as Tacoma, Provo, Louisville, Annapolis and York.

More and more AT&T iPhone users from different U.S. states [FL, CO, WI, WA, UT, KY, MD and PA] will be able to connect to LTE and enjoy this technology, of course, in case they own an LTE model – the sixth-generation iPhone 5. Customers who got AT&T cellular iPad or preordered LTE models of the fourth-gen tablet computer will also have a chance to use speedy LTE connection in eight new areas. The carrier promises that notable speed gains should appear in the nearby future. END_OF_DOCUMENT_TOKEN_TO_BE_REPLACED 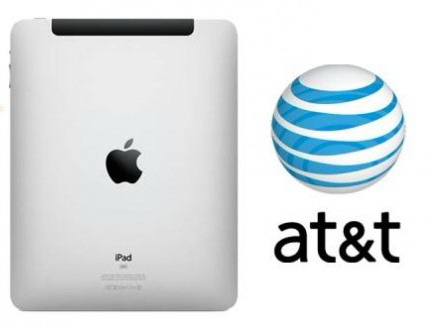 What would you say if you were offered an AT&T 4G LTE iPad with a $100 discount? Would you buy such a tablet computer? AT&T customers will be able to get such a deal if they subscribe for a two-year data plan. We will tell you more about AT&T iPad data plan cost 2013-2014 and you will see if its price is affordable and can satisfy your needs.

The curious announcement by one of the biggest U.S. carriers sounds interesting. At least, at the first glance the preposition to buy iPad with a $100 discount looks delicious. Is this sale really such a nice deal? What about the price of the data contract? END_OF_DOCUMENT_TOKEN_TO_BE_REPLACED 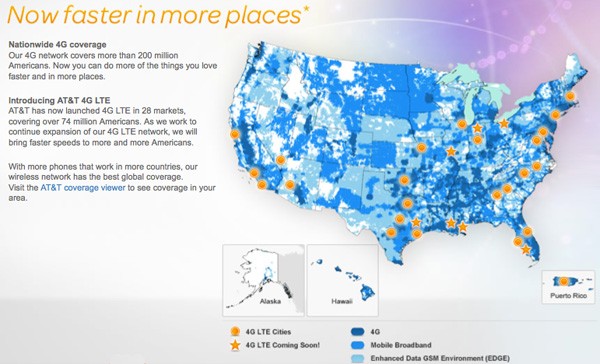 One of the top mobile carriers in the USA will spend about $14 billion in the AT&T 4G LTE coverage expansion. The cellular company is famous for selling iPhones to Americans and offering data plans for iPhone users.

The knowledge about AT&T service expending LTE coverage will most likely worry another company, Verizon. Even though this rival mobile operator is far ahead of AT&T in its deployment of LTE, it might still be afraid of losing customers who now drop AT&T in favor of Verizon network which is more-robust but might change their minds in the future, when AT&T expands 4G LTE coverage.

According to the cellular carrier’s plans, it will be expanding and improving its wireline IP broadband and wireless networks over the next 3 years. END_OF_DOCUMENT_TOKEN_TO_BE_REPLACED

From now all the under-contract iPhones can AT&T unlock for free. What such changes? Let’s find out.

AT&T is definetly performing iPhone unlocks for many clients whose contracts remain effectively. Based on latest news several posters were able to unlock the gadgets after posting unlock asks to AT&T, despite the truth that some of them still had time-sometimes a number of time-left on the contracts. END_OF_DOCUMENT_TOKEN_TO_BE_REPLACED

This year has brought a lot of nice surprises to iPhone users. Firstly, AT&T promised to officially unlock iPhones for free if consumers meet particular requirements set by the mobile operator. This was an amazing promise to all users who wished to use their smartphone overseas or on a different network in the USA but didn’t want to jailbreak their gadget, however the unlocking process was pretty hard since you had to call AT&T directly and request the unlock. Secondly, the carrier finally announces free iPhone unlock online and in stores. And this news is even greater since the process has been much simplified! END_OF_DOCUMENT_TOKEN_TO_BE_REPLACED